Life Can Change in One Instant – MISSISSIPPI CIVIL RIGHTS MUSEUM

So here we are, our journey has taken us to Montgomery, Alabama. The Capitol building is behind me. This, and you can see footprints on the ground, commemorating the walk from Selma, Alabama, all the way here to Montgomery, that just amazing feats of civil rights accomplishment happened right here. This is where he walked on the, on the steps. Martin Luther King gave a speech to an audience. I mean, it was pretty incredible. And this journey for us has been pretty incredible.

And he said I want to go see men who can respond like that. I want to go see men who can take that and continue moving forward on their task. So he and his friend at the age of 13, rode down to where this was happening and they were walking next to a bus station and they, they didn’t see anybody outside the bus station, but inside the bus station was all of this commotion and all of this activity, his friend, Mr. Watkins friend pushed him. So he fell inside the bus station. And then someone, I guess, as a kid would do, he falls inside the bus station and he’s really startled. He sees the police officers and the Freedom Riders and all the crazy stuff going on, tries to turn around. He said in less than a second, he just fell in, tried to turn around. And a police officer grabbed him by his shoulder and said, “Young man, where are you from?” Now the interesting thing about Mr. Watkins is the question was, where are you from? And he was actually born in Milwaukee, Wisconsin.

So the 13 year old respond by saying I’m from Milwaukee, Wisconsin. And without explaining that he’s moved to Jackson, Mississippi, and is now his home. The police officer thought, well, since you’re from Milwaukee, Wisconsin, we have to do something with one of these troublemakers. And he got thrown in with the mix of all of the Freedom Riders and spent five and a half days in jail. Cause all the Freedom Riders were taken to jail. Most of them, they were taken to a prison. Actually. They were held in a prison. Most of them spent that summer in a prison. This young man at the age of 13 spent five and a half days in the prison. And they put him, the only one they put him on death row for five and a half days.

And we were talking to him, by the way, he said, I will not talk to you about the condition of those five and a half days. And you can see there’s just like a box that he doesn’t want to open even 60 years later. And as he’s telling the story, he talked about how that changed his life and how he went on to be arrested 108 more times in the pursuit of equality, freedom and justice here in America. And as I was listening to his story, I couldn’t help but think about our work as Solution Focused Brief Therapists, because this was a guy who one day, this one action. This one moment in time, completely changed his life and put him on a path where he described it as the best journey of his life.

He said it was really hard, but he really enjoyed it. In fact, he used the word love. I loved my work. And I asked him why, how would you love your work if your work got you arrested 109 times total. And he said because I wanted to do good for my people and all of the pain and trauma was worth it. And the look of satisfaction and joy on this man’s life was unlike anything I had ever seen. So listen, I know people out there doubt like can Solution Focused Brief Therapy make a difference in someone’s life. And can you really help someone in a brief amount of sessions or even one session? And if Hezekiah’s life can be changed forever because in one instant his friend pushed him into a bus stop. Your client can certainly be changed in one instance because you reminded them of their own greatness.

Thank you so much for watching this video. I hope you enjoyed it. If you want more videos like this, please subscribe to this channel and make sure you hit the bell so you get notifications, and don’t forget to leave a comment. One of my favorite things is to interact with people and learning what they got from the video. So thanks for watching. Subscribe. Comment. See you soon. 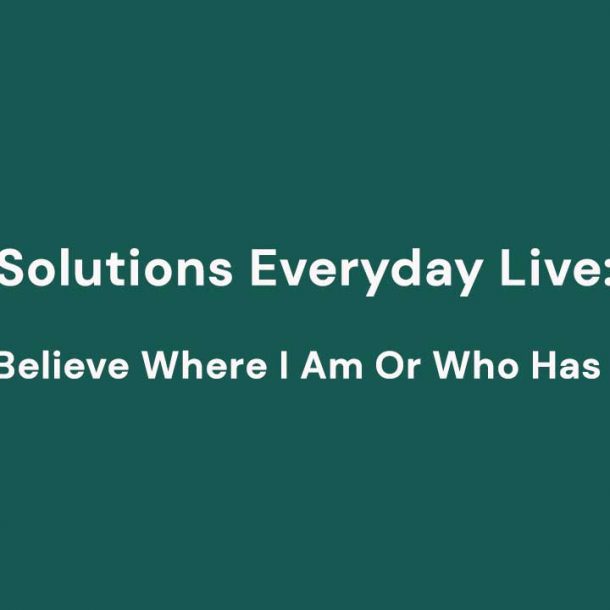 You Won’t Believe Where I Am Or Who Has Been Here!
Previous Article

A Great Journey
Next Article