My Experience with Discrimination in the Solution Focused Community - Elliott Connie

My Experience with Discrimination in the Solution Focused Community

You have no right to influence what I say with my voice. Discrimination is one of the most difficult things that you can experience. It’s one of the most painful things that you can do to somebody. And it’s not just because being treated unfairly is hard and we don’t like it. The real reason why discrimination is so difficult is because it often removes the voice of the person who’s being discriminated against.

When I came into this field as a Solution Focused Brief Therapy professional, I did not anticipate experiencing high levels of discrimination. I did not go into this experience thinking that people would treat me in a difficult way, simply because of my race. I did not anticipate that they would try to diminish my voice simply because they did not like what I was saying or how I was saying it.

But that’s exactly what happened. And I want to give you two examples of what happened in this field and what I went through and why it’s so important that we call attention to these actions so that the wrongdoers will no longer take these types of steps to impact people’s lives negatively. And the people who are experiencing it will know how important it is that they continue to use their voice.

In spite of being discriminated against the first thing that happened was, there was a professional and I’m not going to use people’s names because that’s not the point here, but I am going to be very clear and let you guys know that these things really happened. And it’s really, really important that we live in a world where these things no longer happen and where the people like me, who experienced them continue to overcome.

So the first experience was there was a really long time professional who’d been in this field for a long time, had a very large global name. Well-respected, had published lots of things and sat on significant boards of things who, without my knowledge was saying disparaging things about me behind my back to other people in the field. This person had joined my following, like my email list and was connected to me on social media. So they were getting my messages, but saying really horrible things about what I was saying and the way I was saying it.

And one day I was teaching, I was teaching at a conference in Canada and a colleague of mine who I have great respect for, and a really good friend pulled me aside and said, you know, you should be really careful about what you’re doing because you’re upsetting some people. And he wasn’t saying that to kind of get me to change. He was actually saying, be aware that what you’re doing is having a significant impact on the field. And some people are getting angry as a result of being envious. And he told me about this person.

And he said, I recently ran into this person. And he said, really horrible things about you. And, and what he said is you were sharing too much content. You’re giving way too many things for free. And you’re sending too many emails to your audience and you’re posting on your social media platforms too frequently, and you need to stop.

So I heard that feedback and I thought, I mean, that’s ridiculous. As far as I’m concerned telling me how I should communicate with my following, it’s kind of like telling me how you should raise how I should raise my children. It was not feedback that I cared to take action on. But a couple months later, I got an email from the person who was saying the negative things.

And in his email, he lectured me and told me that I need to stop sending so many emails. I need to stop sharing so much content. I need to stop posting so much on social media. And he said to me, you know, I have an email list as well. And I write to my email lists three, maybe four times a year. And you are writing to your following too often and you need to stop. But what’s interesting is this person, he carbon copied several of my close friends who are also prominent professionals in this field on that email. And I got this email that was, you know, such a disrespectful lecture to me. And I saw that he had carbon copied several very well known, recognized international trainers in this field.

And I got to thinking, why did he do this? Why did he carbon copy these people? Now again, they were friends of mine, wonderful people. They contacted me and they said, we fully support you and we’re going to respond to him. So they responded to him and they said, you know, we fully stand by Elliott. This is an inappropriate email. I didn’t know what to do. So I called one of my friends who was one of the people carbon copied on the email. And I said, I don’t know what to do. What should I do? And he suggested I don’t do anything. He said, silence is oftentimes the best response.

But you know, when you are the person who’s trying to be quieted, being quiet is actually not going to get my mission accomplished, being quieted, allowing them to diminish my voice, kind of enables what they’re doing. Now. I need to behave in an integral dignified way, but being quiet, in a weird way, enables what he was trying to originally do anyway.

A couple of months later. I see him in New Zealand. I was in New Zealand teaching at a conference and he was there as well. And he approached me to shake my hand. I almost said apologize, but he just approached me to shake my hand. And I did not. I would not shake his hand. I simply told him what he said was inappropriate. He told me that he was attempting to be helpful to me. He was originally confused as to why I responded in an upset way. And he said, his wife, re-read the email that he wrote to me. And his wife had explained to him why it was out of line and inappropriate. And his wife was standing there and she apologized on his behalf, which I found really concerning.

But, you know, I share that story so that you could know one of the most consistent ways that the marginalized overt minority community experiences discrimination is by people trying to remove your voice and influence. And one of the things I’m most proud of about my work in this field is it in spite of encountering many people who tried to diminish my voice and diminish my influence, I decided I was going to keep going, no matter how offended they were, no matter how mad they were, I was going to keep pushing. And I’m really proud of that because I’ve gotten into a position now where I have a wonderful team that supports me and we’re able to accomplish many of our dreams, even beyond our dreams.

Had I allowed these people to quiet me. It would not have happened. Another thing I want to share with you, that was really significant in my development as a person and in my development, as a advocate for justice, there was this person and he posted on a very public forum that he was looking for someone that taught online courses about Solution Focused Brief Therapy. He was hoping to find someone that he could send one of his students who wanted to learn Solution Focused Brief Therapy that did an online course. And if somebody could make a suggestion, that would be great. But just not Elliott Connie, I don’t want anybody to take his courses, posted this on a public forum.

Now I want to be clear here. I don’t know that person. I know of him. I’ve never spoken to him. I have no affiliation or association with him. He just posted this on this public forum. I’ll never forget driving. And I got a email from a friend of mine who saw that post on this public forum. And he said, you know, you’ve been saying for years that you’ve been experiencing discrimination and I believed you, but I didn’t really believe you. But now that I see this, I know you’re telling the truth.

So a bunch of people criticized this person on this public forum, which caused him to say publicly, I was just joking and it came out wrong. I didn’t mean for that to come out that way. And I was just kidding, but privately, he emailed several of my friends and admitted it wasn’t a joke. I just accidentally sent that message to a public forum when I was meaning to send it privately to someone specifically. This person emailed about a dozen of my friends to apologize for his conduct and did not email me. One of the things that I think is really important to recognize about being an overt minority is you are often pulled into discussions and conflict that you did not ask for.

So I had to publicly respond to this situation, even though I had nothing to do with it. But the interesting thing is a couple of years go by and this person is a professor at a school. And one of his students asked him, do you know Elliott Connie? And he said, I may have heard his name before. Which clearly he knows who I am.

I’ve written multiple books in this field. I have the largest following this field. Anybody in this field of Solution Focused Brief Therapy knows exactly who I am. And he clearly knows who I am because he posted emails about me and clearly had an opinion about me, but he attempts to diminish my influence by giving his student the impression that he does not know who I am.

You have no right to influence what I say with my voice. And I hope anybody who can hear this message and hear their story would view me as an example, because not only can you continue to use your voice, but as evidence to the success that I have had as a professional and we have had as a company, there are more people who want to hear my voice than who don’t. 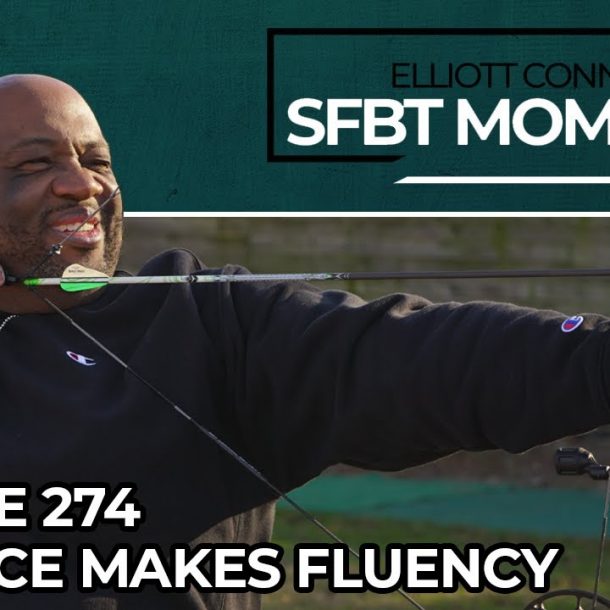 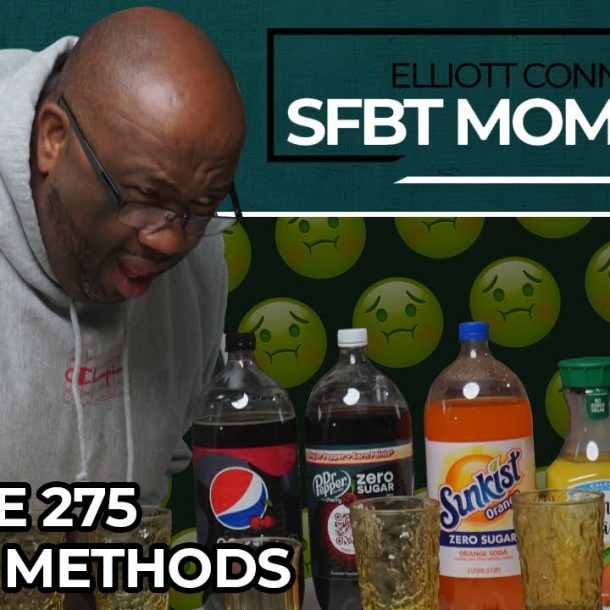