PLEASE Believe In Your Client’s Hopes

So whenever you’re thinking, how do I work with a client who has such and such a problem, or who has such and such an issue? I am going to tell you that we start with asking what the client hopes to achieve. And that means every single time you do this therapy, you have to assume that the client has the relevant amount of hope. Now watch this. Let me give you an example.

So we have come to this beautiful park to film this video. I have a great camera, man. His name is Dennis. And one of Dennis’s jobs is to find the locations where we will shoot. And we travel together a lot because my life involves travel, so Dennis comes with me, and we pick locations. And then when we are here, local in Texas, Dennis pick places.

So, you know, I’m not lying. There’s a guy over there, exercising. He is working out in this ridiculous Texas heat and he’s doing tons of exercises. When I pulled up, he was curling weights that he brought here. He’s doing sit-ups and push-ups. Now, if I ask that man, do you want to be here? The answer to that question is totally irrelevant.

So we’re going to ask our clients what it is they hope to achieve, regardless of the problem. That’s the answer. Every single time you ask it. So it begs the question. Why is this so difficult to understand? And the answer to that question is because you thought you were going to school to learn how to solve problems and you didn’t, that’s not what we learn as psychotherapists.

This job, believe it or not, has nothing to do with solving problems. We went to therapy to learn how to heal people from problems. And that’s a very different task. So once I understand my job is healing and not solving, then I understand that if a client comes to my office and they have trauma and they have addiction, I’m not trying to solve the trauma.

I have a history of trauma in my life. There’s not a damn thing you can say to solve that. There’s nothing you can do to undo that, but you can help me heal from it so that I’m not living my life based on the experiences that occurred through the trauma, I’m living my life based on my hopes and dreams. That’s what our job is. And once you understand that our job is not related to solving problems. Instead, our job is related to healing hearts. Then you do the job differently and you understand the tasks differently and you do the job better.

So I don’t want, I mean, this is actually the one question people ask me that I don’t want to be asked anymore, because once you ask this question, I know you’re not understanding your job. I know you’re not understanding the process. And you’re accidentally disrespecting the client. The client wants to change or they wouldn’t be here. The same way that that guy over there wants to be fit. And I know he wants to be fit because he came out here in the Texas heat. He agreed to do that. Whether or not he wants to be here or not is completely irrelevant. I know he wants to be fit because he has done activities that are concurrent with wanting to be fit.

I know my client wants healing because they have done activities that are congruent with wanting to heal. They have shown up to therapy. They schedule an appointment. They agreed to come and they have made it happen. I saw a couple this morning, actually like to further make this point. I saw a couple this morning, where about, I don’t know, 12 years ago, the husband in the relationship was having a problem in his life. And his partner said, you need to go see a therapist and found me.

So I don’t care. It doesn’t matter to me. So I just did the therapy and we saw each other for, I don’t know, two months, maybe let’s say, and his life got significantly better. Well, I saw him and his partner today for the first time and a certain issue, another completely unrelated issue to the original issue popped up in their lives. And they came and the wife thanked me for seeing him 12 years ago and said how much he changed his life. And we kind of joked about how he did not want to come to the therapy 12 years ago. But once when you start attending to the client doesn’t want to be here, they’re having a hard time answering my question.

You might tell them really bad news. You might ask them to do something really, really hard, but that doesn’t matter because our job is to help people heal. And once you understand that, that is your job, you do it differently. So please, I beg of you do not ask this question anymore. Anytime you have a question that starts with, “But how do you do it with…?”, the answer is always the same. We ask them what they hope to achieve. Anytime you ask, “But what do you do when the client does such and such?”, the answer is always the same.

We believe in them. That is never not the answer. You’re asking me that because you want me to give you something. You want me to give you some sort of tip, trick or technique that I use when the client does these things, but the tip trick and technique I use is belief. Is the fact that I understand my job is about healing. And once you understand that you can do it better. My doctor understood that his job is about healing.

We came in the office and he talked about my health, which like I said, doing pretty okay. As a 45 year old would be, I’m doing pretty all right. But he talked to me about my health and what’s going well and what he wants to keep an eye on and all those things. But he did it as a carer. Like what doctors need to do in order to be effective, the most effective doctors, they don’t treat their patients like sick people.

They treat their patients with care. Right? We had a long conversation about the New York Yankees before we started talking about my health. And that helps, right. That helps. So like be a person and understand your job is healing. Once you understand that you understand the process and then you don’t have to ask that question anymore. So stop asking that question.

Believe in your clients.

Has Something Been Bothering You For Many Years?
Previous Article 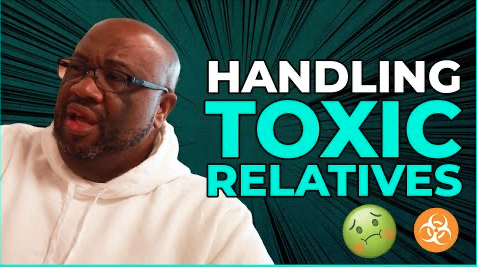 What to Do if You Have Toxic Family Members
Next Article