Stick to your path - Elliott Connie

Stick to your path

So I have some incredible things going on in my career right now. It’s actually surreal and hard to talk about. Like, I just signed a major multi-book deal, so I’ve got some pretty big books coming out in the next, one each for the next couple of years, there’s some TV projects in the works. There’s I mean, there’s just some things going on.

And I think about the origin of my career. And I want to tell you guys a quick story about the importance of sticking to your path and sticking to what feels right. When I was an undergrad late in my undergrad degree, I got a job working at a brain treatment center. Really cool job. I got to meet some amazing people that had some head trauma and brain trauma that had a significant impact on their life.

So they weren’t just sitting around at the facility, which was a whole slew of apartments that this agency had purchased. And one day I took the company van with permission, by the way, I took the company van to get lunch for me. And I went to this restaurant and ate my lunch. And then when I was back in the van, out of the parking space, the mirror on the van hit the car next to me, which was a lexus SUV and left a dent about this big. And I looked around and I noticed that no one saw me. So I was going to drive off, but I couldn’t do it. I just felt like that’s the wrong thing to do. I didn’t want to be that person.

So I left a note for the owner of the car saying, saying that I had done this. I caused this accident and left my phone number and all those things. And the next day he didn’t call me. And I was so glad. I mean, I had no money, like no money, no money. I mean, I was working at this job just to like pay for school and gas and a little bit of food. I had no money.

So the next day, two days after the accident, the gentleman calls me and he said he had estimates for the car. It was going to cost about $600 to fix. And I had no money if I haven’t made that point already, no money. And I didn’t want this to go on my insurance because I knew it would make my insurance go up. So I said to this, man, can we not do it through insurance? I’ll just pay you the $600, but I need to pay it over time. So we agreed that I would pay for this over the course of three months.

And you could start as early as next week making $96,000 a year. And I couldn’t, I mean, back then, and at that time in my life, $96,000 a year was like 9.2 billion. I mean it was, it was a life-changing amount of money for my family at that moment. So I went home and I told my Mom, I told my Brother. I told people close to me what had happened. And I prayed about it and I prayed about it.

And the next day I called this guy and I turned it down and everybody thought I was crazy. Everybody thought I was nuts, but I did it because I really wanted to be a clinician. And at that time I was about to finish my bachelor’s degree, excuse me, it’s late. I was about to finish my bachelor’s degree and just had dreams of being a clinician. I very much felt like that was my path. That was my calling. That was, that was a future I wanted to create was being a clinician and although this $96,000 sounded amazing. It wasn’t along the path of me becoming a clinician.

I work with my best friend. My business partner is amazing and I have major projects going on right now. Books, TV shows, the whole nine, and radio shack is out of business. And I think about that, like if I had accepted that job way back, when, how would that have altered the pathway of my life? Like what would be different in my life?

We have to have the courage to be ourselves, even if there’s consequence, because if you stay on the path and good things happen that you couldn’t have foreseen, like there was no way back then I could have foreseen all these things that had happened. But now that they’ve happened, like I’m so touched. I’m so pleased. I’m so excited about the future.

I think sometimes we have a tendency to get distracted by things like money and shiny objects and really cool things. And we make decisions that aren’t in line with with our long-term goals, because we’re so focused and distracted by short term things. And you know, I just wanna encourage you guys like stay on your path. The rewards are great. They may come later, but they’re greater. 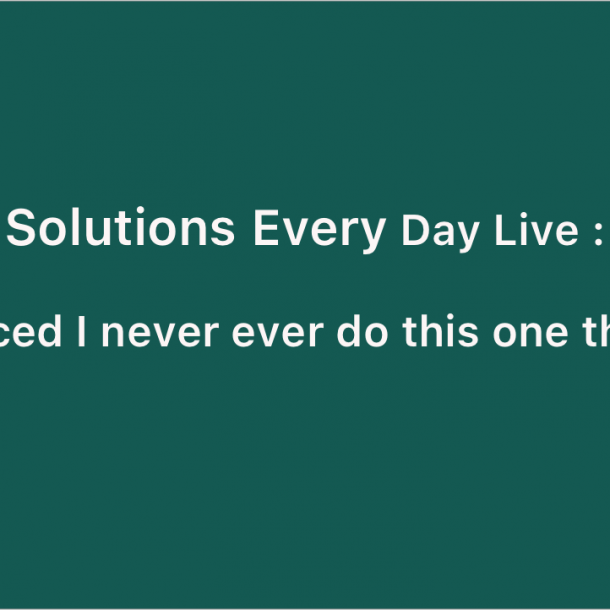 I noticed I never ever do this one thing…
Previous Article 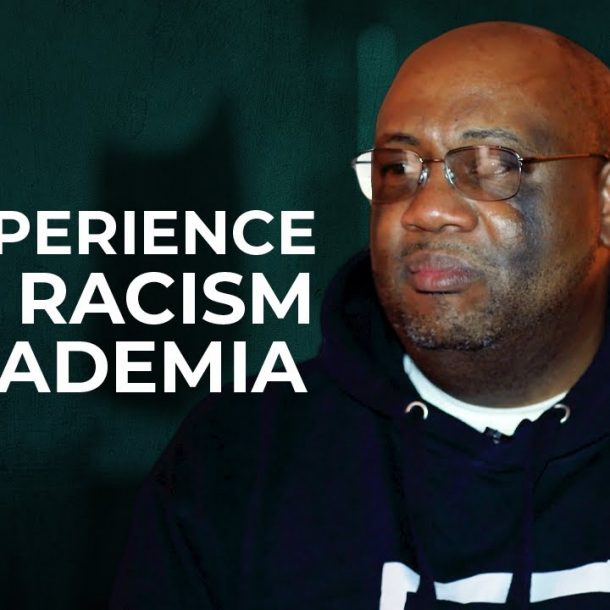 My Experience with Racism in Academia
Next Article