The words you choose matter

For the past few days, there has been something brewing here in the American sports world that I actually was trying not to talk about. And not, not for any particular reason about how controversial it is, actually, because of how sensitive it was. I wasn’t sure that I could talk about this topic and give it proper justice. But as the more the topic evolved, the more I started noticing a very important theme coming out that I thought was relevant to Solution Focused Brief Therapy work. So that’s why I’ve decided to make a video about it and share it here on this series of videos that I make.

And what has happened. For those of you who don’t know, there’s a basketball player by the name of Kyrie Irving, who on his Twitter platform, he shared a video, a movie that had some very false and antisemitic rhetoric in the movie. And rightfully so, he was called out on it. Like, there’s been a lot of backlash about him sharing this. And in one of the interviews he did after a game, he said, somebody accused him of promoting this, this idea.

And he said, I didn’t promote anything. I just shared a video on my Youtube channel. And he seemed to not understand the power of his words. And how when you talk about something even online, that is in essence promotion. Now, if you’ve been following me in my teachings in Solution Focused Brief Therapy, then you know how much I believe in the power of words because the words you choose matter.

Like if I were to share something on my social media that had hate speech in it, or you know, whatever kind of insensitive rhetoric in it, just by me sharing it, I’m endorsing that rhetoric. And we have to be aware of the language we use in our sessions with our clients, but also in the world in which we live, but also on social media because the words you use matter,

like they’re important and they have impact on many, many people beyond what your intentions may be. So as I’ve watched what’s unfolded, I realize that I don’t think Kyrie Irving, and thus people beyond recognize the impact of their words and how the words you choose cause people to experience things either in a positive or in a negative way. And we have an obligation to use words in a very specific way when we’re doing solution focused work.

Like we have an obligation to use words in a way that make people feel valued, heard, important, as if they matter. Like the words we use really have significant influence. And thus, we have to choose our words wisely, carefully, and make sure they have the influence we’re trying to have. Now, I want to believe Kyrie Irving did not intend to cause harm.

I want to believe that by sharing this video, Kyrie Irving did not mean to cause hurt, but he did. And I think part of the reason he did was cuz he wasn’t careless and didn’t understand the power of words. So please take that lesson from this, the, the words we use in our sessions matter and the words we use in life and online matter.

So choose them wisely.

What Do You Do When a Friend Passes Away?
Previous Article 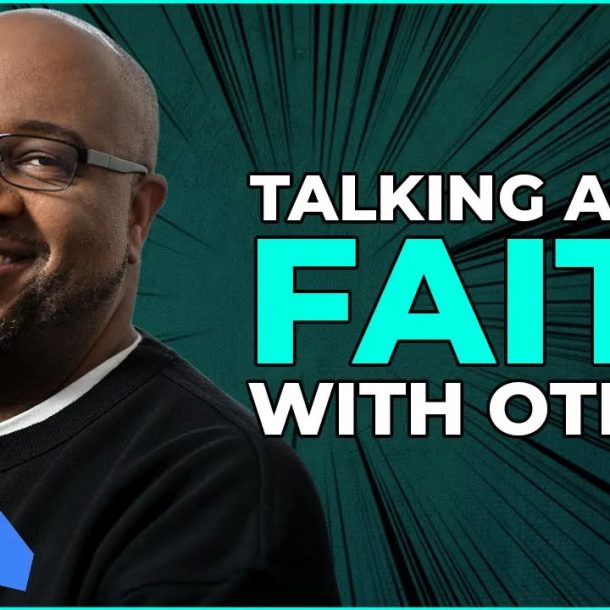 Talking About Faith With Others
Next Article